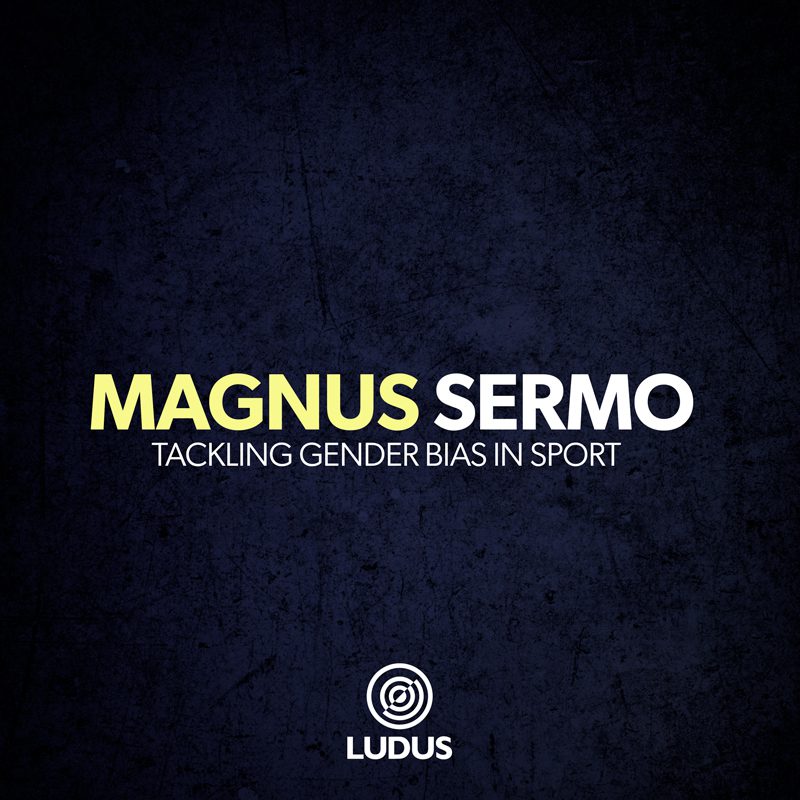 There is only Sport. Sport belongs to all. It’s what everyone plays. So why do we still have the sub-category of Women’s sport?

Magnus Sermo tackles the complexities of the gender bias that has become accepted and ingrained in sport worldwide and tries to find ways to tackle the issues affecting women in sport at all levels.

Each week we bring together a panel of varied experts, professionals or just the extremely passionate and throw them together to smash away at the topic of the week.

This week on our inaugural Motorsports and Peak Performance episode we’re hitting all the big topics on Magnus Sermo, nepotism, love, compassion, getting changed in a truck and Ronda Rousey. We couldn’t have wished for a bigger panel to join us either.

Our fantastic guests this week were W-Series CEO and board member of Motorsport UK Catherine Bond Muir,  COO and Co-owner of Triple Eight Race Engineering, Chair of the Australian Women in Motorsport Commission and Australian delegate to the FIA Women in Motorsport Commission,  Jessica Dane and Kirsten Peterson, former head of sports psychology at the AIS and 7 time Olympic team psychologist. We were once again joined by our esteemed co-host and one woman wrecking crew, WITSUP.com’s Stef Hanson.

With this group of legends we crack open the code to getting more female athletes engaged in motorsports.

We shoot the breeze on opportunity at the root level. We learn how bodies like the W Series are smashing the barriers of the accepted norms of the industry with community and inclusivity.

We talk peak performance and how athletes achieve their best outcomes with self compassion.

All this and so much more on your home of tackling gender bias, Magnus Sermo.

Huge thanks go to our sponsor for this show Kirsten Peterson Consulting. As well as being a world leading sport and exercise psychologist endorsed by the Psychology Board of Australia, Kirsten is a coach and group process facilitator who can help you with effective and pragmatic strategies that will have you doing what you love better and living your life more fully.

A former intellectual property solicitor, Catherine Bond-Muir did not always look set to one day found the first ever single-seater motor racing championship for female drivers only. However, after her move to corporate finance – where she specialised in sports and gaming deals – followed by the birth of her first and only child relatively late in life, she was ready for a new adventure. And so W Series was born. Since its inception in October 2018, W Series has set out to quite literally change the face of motorsport.

Jess was immersed in motorsport from birth by her father. However, she lost touch with it when he moved to Australia when she was 12 but still enjoyed following F1, MotoGP and other categories. Her love for racing ignited when at  17 after attending her first Supercars race in Bahrain in 2007.

Jess’ first job in motorsport was in 2008 as a sub-assembly mechanic at her father’s team, Triple Eight Race Engineering. Jess also completed her degree in journalism in the UK and returned to Australia working as media manager for Triple Eight. Since then her many roles in the team include team coordinator and now commercial operations officer.
In 2015, she became a shareholder of Triple Eight, currently one of five alongside her father, Jamie Whincup, Tim Miles and Paul Dumbrell.

In her spare time she is also a full-time law student!

Drawing on her 22 years of international experience as a sport and performance psychologist for Olympic athletes, coaches, and teams in the US and Australia, Kirsten understands how high performance works.

​She was a team psychologist at 7 Olympic Games and worked with numerous sports, most recently with the Australian national women’s water polo and rowing programs.

Cliché’s exist for a reason, and it turns out an image does indeed speak a thousand words. Our new co-host WITSUP.com’s Stef Hanson delves into a particular image that surfaced from the cycling world this week, and deciphers all 1000 words. This week we were joined by inaugural Director of the Office for Women in Sport and Recreation, rowing ace and cycling supremo turned SBS commentator Dr Bridie O’Donnell, Dr Alison Skene, creator of the Topbike Tours Hanging Rock Handicap women’s only race and Senior producer and theatre director Annette Downs.

We revisit the top down, bottom up plan going from elite to grassroots and acknowledge the privilege and power of not having to yell to be heard. Our panel discusses the nuances of the racing aspect of bike racing. We talk the broader facets of what we value, and how breaking barriers to welcome opportunity is the way to go.

Find out which of our guests gave up on cycling after a brush with the law and stay tuned to see if we can get her back on the bike!

All this and oh so much more zesty conversation, as we tackle gender bias in sport.

Dr Bridie O’Donnell
Dr Bridie O’Donnell is a medical doctor, national champion rower, Ironman triathlete, world record holder and cyclist. She won the National Time Trial title in cycling, and placed on the podium in 12 Australian and Oceania Championships. Bridie as raced in the Australian National Team, and then Professional Italian teams in Europe and the United States, representing Australia at three World Championships.

She managed and raced for Rush Women’s Team, a National Road Series cycling team in Australia, coordinating commercial sponsors, team owners, riders and race organisers to successes and race wins over four seasons. She became the first Australian woman to attempt the UCI World Hour record in 15 years where she set a new world record of 46.882km.

Bridie was appointed the inaugural Director of the Office for Women in Sport and Recreation by the Victorian Government and now the
Director of Experience Economy Recovery at Department of Jobs, Precincts and Regions.

She currently commentates cycling for SBS and appeared on the 2020 Tour de France team.

Dr Alison Skene
Alison has a long standing passion to get more women into cycle racing, she’s a medical professional (anatomical pathologist at Austin Health) with a challenging job. Alison has been racing at club level for a number of years, in both the CA (Hawthorn CC, Northern Combine) and veterans scenes. She’s been involved in club committees but more recently moved into race organisation.

Alison pioneered the Hanging Rock Handicap women’s only 60km bike race, the biggest and best run women’s road race in Australia, ever. I  Alison understands the barriers to women’s participation in cycle racing at the grassroots level, and created the event to showcase what the ideal event looks like. She was awarded Cycling Victoria Best Women’s Development Initiative 2019.

Alison believes that spreading awareness is important, but would rather do something than complain about it.

Annette Downs
Annette’s accomplished career has seen her at the forefront of the performing arts in Tasmania for over 20 years. She is a well-respected leader, having played a principal role in companies such as Terrapin Puppet Theatre and Is Theatre Ltd. She’s currently Senior Producer at Tasmania Performs, where she plays a crucial role in the leadership, development and sustainability of the Tasmanian performing arts sector.
Her professional and governance experience bridges the tertiary, private, government and creative sectors and she has consulted and advised to national, state and local governments

Annette is a Churchill Fellow, a Telstra Tasmanian Business Woman of the Year, a graduate of the Australian Institute of Company Directors, and in 2017 was a Tasmanian Australian of the year finalist. 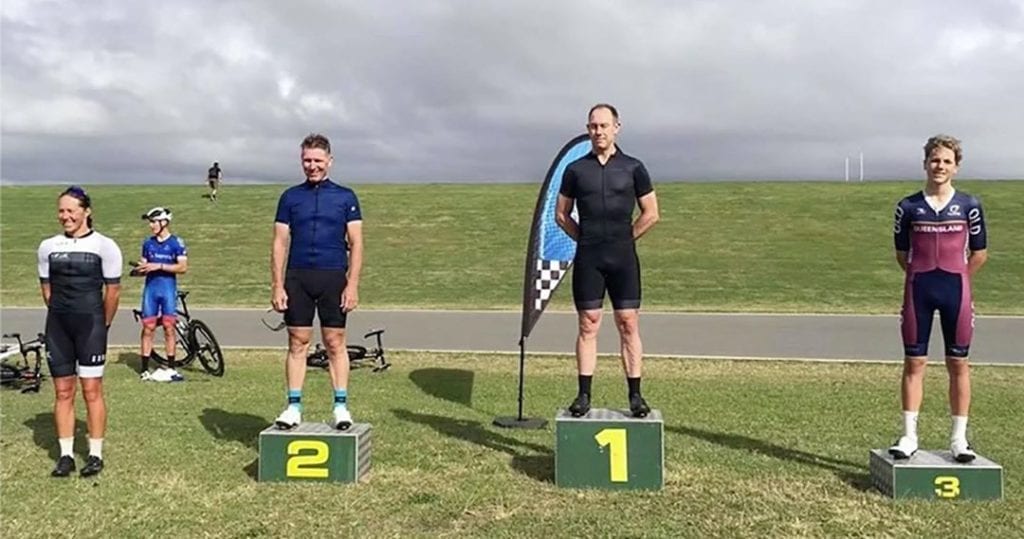 Topics from the wide spectrum of discussion in this episode include:
The pursuit of progress not perfection, we learn how lots and lots of small changes soon add up.
Underline this word, visibility, if our daughters and nieces can see it, they can be it.
The art of observing voids and how to fill them with opportunities now, and for the next generation.
And the importance of awareness of our current culture, how we can ALL shape the narrative to celebrate athletes, female and male, for their achievements.

All this and oh so much more zesty conversation, as we tackle gender bias in sport.

Janie Finlay
Janie Finlay has a deep passion for governance and community and is currently a Councillor with the City of Launceston.

Janie has developed a broad base of experience over many years envisioning, creating and developing various opportunities including sitting as a Director on a number of not for profit, government business enterprise and community focused boards, operating a boutique furniture design studio, being elected as the youngest female Mayor in Australia, co-launching a dedicated Commercial Real Estate Company, and just for fun and to express her creativity operated two award winning cafes.

In the background and as a foundation to her own good health, Janie is currently growing a health and wellness business – to empower people to live their best life possible through incredible nutrition, a positive mindset and creating a life of choice.

Brittany Smart
Professional Basketball Player in Belgium, Sweden, and Australia and currently playing in the WNBL for Canberra. Britt is also a personal fitness trainer available online at brittsmart.com

Emma Manix-Geeves
Talented up and coming cricketer having played for state and in the WBBL and was named player of the tournament at the national Indigenous championships in Alice Springs.

LUDUS acknowledges Aboriginal and Torres Strait Islander people as the Traditional Custodians of the land and acknowledges and pays respect to their Elders, past and present and emerging